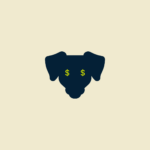 They’re cute, loyal, and wonderful companions for these dark times. But those puppies posted by an online seller might also be made up.

As the pandemic dragged on over the past two years, many have welcomed new dogs and other pets into their homes as a new focal point and to combat loneliness. But when trends arise, so do scammers.

What is puppy fraud?​

Puppy scams, also known as puppy fraud, describe the fake sale of dogs. The problem has grown during Covid-19, when many have responded to the increased isolation by buying or adopting pets.

Typically, a prospective buyer will see a website or an ad listing the sale of purebred dogs, posted by someone claiming to be a breeder. After some online discussions, the buyer will send funds—but no dog will ever materialize.

The seller is a fraudster; the buyer loses their money. Victims of puppy scams skew older in age. In fact, the AARP, a U.S. non-profit that aims to help individuals over 50, first alerted Google about the problem last year.

How is Google stopping puppy scams?​

The company is suing Nche Noel Ntse, who is based in Cameroon, for breaching its terms of service. He has allegedly set up multiple websites through which he purported to sell basset hounds, using cute pictures and customer testimonials.

In the lawsuit, Google claims that the defendant used several Google services, such as Gmail and Google Voice, via dozens of Google accounts, to lie to victims and receive payments, all in violation of Google’s terms of service.

According to the suit, a victim paid him 700 USD in online gift cards to purchase a puppy. But he later requested an additional 1,500 USD for supposed delivery charges, which the victim also paid. And no, the victim never received a puppy.

The suit requests that the U.S. District Court for Northern California bans Nche Noel Ntse from using the company’s services and creating any more scam websites. Google is also asking for money to compensate for what the company has spent on investigations of the sites.

But the lawsuit targets only one puppy scammer. Will that help?​

A Google representative has said that part of the aim is to establish a legal precedent, “disrupting the tools used by scammers, and raising the consequences for bad actors.” This means this one suit could have a wider effect on puppy scams in general.

Another aim of the suit is to raise awareness to the fraud method so that fewer people will fall for it.

Here are tips from Google and the American Kennel Club for avoiding puppy scams: