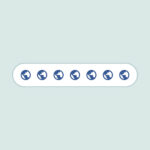 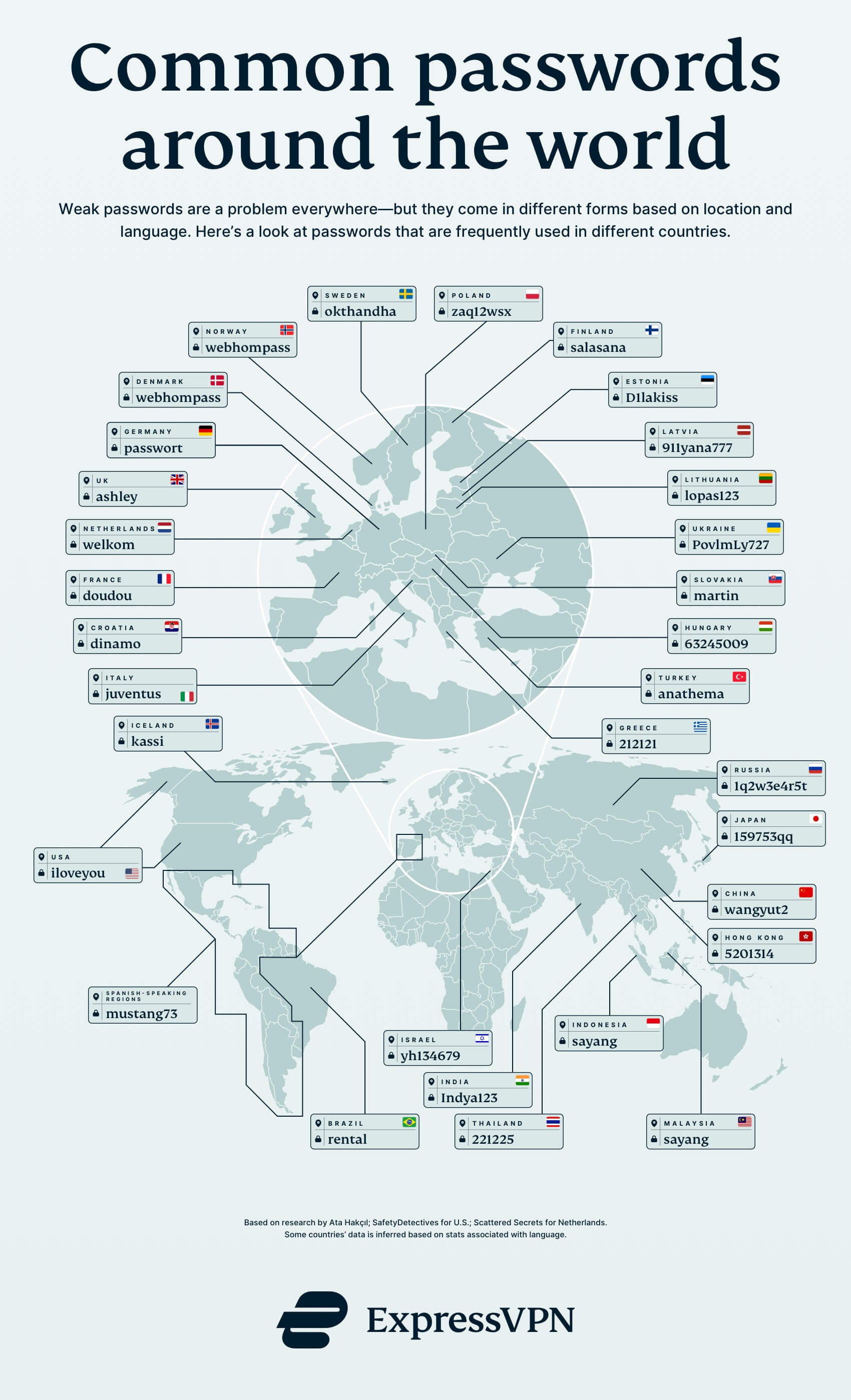 “123456” is the most-used password in most places around the world. But once you sort frequently used passwords by country or language, you’ll start seeing very different results.

Ones that are easy to type—such as “123456”—are the most universal. And some differences among bad passwords are simply a matter of language: “password” ranks high among English speakers, while for German speakers it’s “passwort”; “qwerty” is replaced with “azerty” in France, because of how French keyboards are arranged.

It all becomes more interesting when cultural differences influence the use of bad passwords. Fans of Juventus, an Italian football team, might find their use of “juventus” as a satisfactory choice of password. Unfortunately, among Italian internet users, it’s the fourth most common one. “Anathema” might sound relatively unusual as a password—unless you’re in Turkey, where the British band Anathema is apparently so big that it’s among the top 10 most common passwords.

For this graphic, we’ve selected a popular password in various countries (all are within top 10), many of which are particular to that country and show how cultural factors influence password creation.

Note that much of our data comes from a third-party study of leaked passwords, courtesy of Github user Ata Hakçıl, and is based on the language of the associated websites. We used these languages to infer countries. Data was not available for all countries/languages.

How to use stronger passwords​

This World Password Day (May 5), we remind you that common passwords are bad passwords, because a hacker can easily guess them. A strong password is one that is…


It’s true that if you follow these rules, your passwords will be strong but also virtually impossible to remember. This is why password managers are highly recommended. They store your passwords in an encrypted vault—you only have to remember a single primary password to access them.