Blog Quiz: What is your technological age? 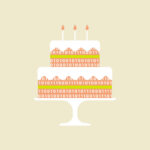 Your age is just a number. How you use social media and what you think of the internet say more about you.

While our quiz is just for fun, it is loosely based on real-world stats about internet use among different age groups. Unsurprisingly, younger people use much more social media than older individuals, gravitating toward TikTok and Instagram more so than Facebook and Twitter. When it comes to devices, some studies show that many older users have a tablet or e-reader but no smartphone, but the reverse is more likely among young ones.

One of the simplest precautions you can take is using a VPN, if we do say so ourselves. Download a VPN to stay more private and secure online—whatever your technological age!